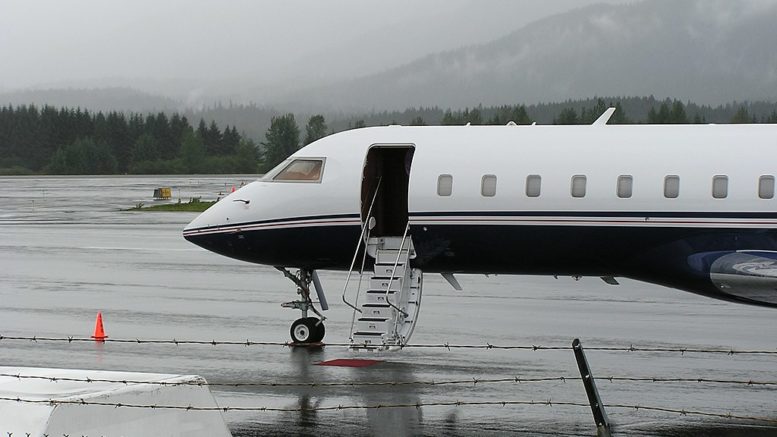 Bombardier has lost a recent battle in the Federal Court regarding years-old requests made under the Access to Information Act (ATIA). In a partially redacted decision released this week, Justice Mactavish determined that Bombardier had not produced sufficient evidence to show that the information surrounding its re-payable federal loans should be exempted from disclosure.

The two requests for information date back to 2009 and 2011 and involve government funds provided to various projects under the Technology Partnerships Canada (TPC) program. Under the TPC program, the Crown would fund research and development projects on the condition that the funds be repaid once the projects started making money. Bombardier was one of the companies selected to receive such investments for two of its aircraft programs.

The information requested under the ATIA had to do with the total amount of eligible costs, funding approved and money paid out by the TPC program for specific projects. Information was also requested regarding how much money had been repaid to the government. Bombardier pushed back against disclosing this specific information saying that releasing it would cause them financial and reputable harm and put them at a competitive disadvantage.

Bombardier argued that the information should be exempted from disclosure as per section 20 of the ATIA. According to the section, information will be mandatorily exempt from disclosure if the information is confidential or if it could cause harm (financially or competitively) to a third party. As held in the Air Atonabee case, the party applying under s 20(1)(b) to withhold information must prove on a balance of probabilities that the information is financial, commercial, scientific or technical in nature; that it is confidential; that it was disclosed to the government by a third party; and that it has been consistently treated in a confidential manner. In order to have a successful claim under s 20(1)(c) of the ATIA, the claimant must show that there is a reasonable expectation of harm “well beyond” merely possible if the information is disclosed.

Bombardier tried to argue that the information requested was confidential, that its disclosure would cause them financial and reputable harm, and that it would exacerbate trade disputes with competitors. The Federal Court rejected Bombardier’s submissions for lack of sufficient evidence.

Regarding claims of confidentiality, the Court found that there was no reasonable expectation of confidentiality, and in any matter, Bombardier had previously consented to the disclosure of specific financial information. Agreements made between the Crown and companies receiving TPC funds are expressly subject to the ATIA. As the Court points out, the public has a right to know how public funds are being used so that they can meaningfully participate in the democratic process: “The ATIA facilitates democracy…by assisting in holding politicians and officials to account”. If a project receives public funds, the people have a right to know about it.

Bombardier put forward that disclosing the requested information would allow competitors to gain an advantage by calculating Bombardier’s costs and undercutting them. However, their calculations were lacking. Whereas in Aventis the applicants did the math to show that competitors would be able to calculate their cost per dose, Bombardier was unable to show concrete calculations, at least according to the non-redacted portions of the decision. Furthermore, it is hard to argue that information requested in 2009 and 2011 would affect the competitiveness of current or future aerospace projects. Bombardier did not really have a leg to stand on in this case.

Transparency regarding public funds is a necessary part of our democracy. Without it, the government can hand out money to whomever it wants with no accountability as to where the money is going. The public has a right to know about how our tax dollars are used. The only ones protected from a lack of disclosure are the ones withholding information for themselves.