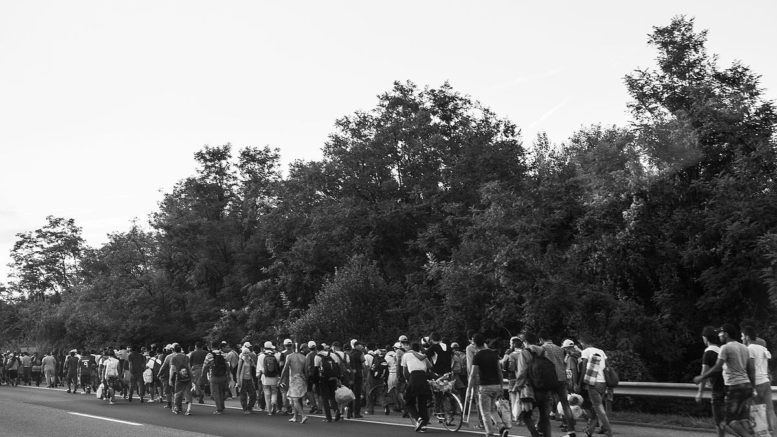 The impugned paragraph of the IRPA barred Designated Country of Origin (DCO) refugee claimants from applying for a pre-removal risk assessment (PRRA) until 36 months after a failed refugee claim. By comparison, a non-DCO claimant is barred from filing a PRRA application for only 12 months.

The Designated Country of Origin system was set up in 2012 in response to an incredible backlog of over 60,000 unheard refugee claims. DCOs are countries that normally produce few refugees, are generally safe, and offer state protection for those suffering from some form of persecution. DCO claims are expedited with the goal of quickly removing asylum seekers whose claims are determined to be unfounded.

Countries are labelled a “Designated Country of Origin” based on both qualitative and quantitative factors. A designation review may be triggered if rejection, withdrawal and abandonment rates surpass 75% of all asylum claims from that country, or if withdrawl and abandonment rates alone surpass 60% of claims. Then, the country would be assessed on the independence of its judicial system, basic democratic rights and freedoms, redress mechanisms for when rights are infringed, state protection, and whether there are civil society organizations. The Minister of Citizenship, Immigration and Multiculturalism would ultimately decide if the country should be designated as a DCO.

According to then-Immigration Minister Jason Kenney, the government introduced the DCO system in 2012 because it was “very concerned about the recent increase in refugee claims from democratic countries that respect human rights”. The DCO system was to ensure that illegitimate refugee claimants from democratic countries would be processed and deported more efficiently. In particular, the Minister worried that the “growing number of bogus claims from European Union democracies” were contributing to huge asylum backlogs.

Enter Hungary. Hungary was in the first batch of countries to be labelled a DCO in December of 2012. Like many other EU nations, it is assumed to be a safe country that respects human rights and offers state protection for persecuted people.

Still, 57.3% of Hungarian claims for asylum were accepted in 2014. These numbers were higher than several non-DCO countries such as Angola (44.4%), Jamaica (54.1%), and China (52.7%). If Hungary is supposedly a safe and democratic country, why are they producing so many successful refugee claimants?

The Applicants in this week’s Federal Court case are all Hungarian Romas. In fact, most Hungarian refugees are Roma. The Roma people have historically been discriminated against, and as Professor Levine-Rasky observes, “public safety, residential and educational segregation, policing and punitive justice are among the measures taken to ensure the differentiation of the Roma from dominant groups” today.

Levine-Rasky also has a problem with the designation process for DCOs. People withdraw or abandon asylum claims for a variety of reasons, and this should not be an indicator of how safe that person’s home country is. In her research, she has found that Roma people face unsafe conditions in Hungary, and suggests that a DCO label denies the persecution that Roma people face.

Each Applicant in this case made refugee claims based on ethnic persecution and they were all subsequently denied their claims by the Refugee Protection Division. They were all served with a Direction to Report for removal, but were barred from applying for a PRRA until 36 months after their failed claim as per the legislation.

All Applicants applied for a deferral of removal, and all also requested a declaration that section 112(2)(b.1) of the IRPA relating to DCO nationals be declared unconstitutional and of no force and effect.

The Applicants claim that the provision setting out different wait times for when DCO and non-DCO claimants can apply for a PRRA unjustifiably discriminates against DCO refugee claimants based on nationality. This runs counter to section 15(1) of the Charter which states that “[e]very individual is equal before and under the law and has the right to the equal protection and equal benefit of the law without discrimination and, in particular, without discrimination based on race, national or ethnic origin, colour, religion, sex, age or mental or physical disability”.

Following Centrale des syndicats du Québec v Québec (Attorney General), there are two questions to ask in determining whether a law violates section 15(1): Does the law create a distinction based on an enumerated or analogous ground? Does the distinction impose a burden or deny a benefit such that it effectually reinforces or perpetuates a disadvantage?

In this case, the Court found that section 112(2)(b.1) of the IRPA did create a distinction based on national origin, which is an enumerated ground. Additionally, DCO claimants suffered discrimination by having to wait an extra two years after a failed claim before they were able to apply for a PRRA, a consequence based solely on their country of origin. Since DCO claims are expedited, DCO claimants are also more likely to face short and sudden timelines to try and defer a deportation. Where a non-DCO claimant would normally have 30 days to fill out and file a PRRA application, DCO claimants are sometimes stuck scrambling to submit deferral requests on two week’s notice.

The mental stress on refugee claimants in this situation is enormous. One claimant in this case describes how after receiving notice that he would be deported in two weeks, he felt so anxious that he wanted to throw up. He had 14 days to retain counsel, submit a request for deferral, apply for judicial review, and argue to stay his removal until an officer could consider new evidence of risk. His removal was stayed mere hours before he was to be deported. Had he been able to submit a PRRA application like a non-DCO claimant, he would have had at least 30 days to prepare his application and his removal would have been stayed until a PRRA decision was made.

Justice Boswell found that the IRPA‘s section 112(2)(b.1) denies “substantive equality” from DCO claimants based solely on national origin, and perpetuates the stereotype that asylum seekers from DCO countries are illegitimate refugees seeking to take advantage of social resources. To the extent that it denies DCO claimants a shorter wait to apply for a PRRA, it is inconsistent with section 15(1) equality rights guaranteed by the Charter.

Upon determining that the impugned provision violated section 15(1), the onus then shifted to the Respondent to prove that the infringement is justified under section 1 of the Charter.

Justice Boswell determined that the legislation failed justification on the issues of minimal impairment and proportionality. Although reducing the backlog of asylum claims is a pressing and substantial objective, the IRPA provision as it was, relating to DCO claimants, was not minimally impairing.

The Respondent argued that the risk in delaying PRRA applications for DCO claimants is mitigated in that they can still apply for an appeal or a stay in the meantime. They also argued that other EU countries have adopted similar safe country of origin regimes, and the effects of waiting an extra two years for a PRRA are minimal.

Justice Boswell indicated that this justification does not hold water, and there is no justification for allowing some claimants to apply for a PRRA after 12 months while others have to wait for 36 months. The Court agreed with the Applicants’ suggestion that less impairing measures could have been used to achieve the government’s objective including delaying PRRAs for any claim determined to be unfounded. The provision denying DCO claimants a PRRA after 12 months represents an unjustifiable distinction between asylum seekers based solely on national origin, so the legislation does not stand.

As Justice Boswell said, “[t]imely access to a PRRA is a significant benefit for failed refugee claimants and delaying this access to some claimants based on their country of origin impairs their right to equality. Those DCO nationals targeted for the delay created by paragraph 112(2) (b.1) suffer the effects of discrimination for the period of the delay”.

The Court granted the Applicants their request for a declaration that section 112(2)(b.1) of the IRPA is unconstitutional. It was also declared to be of no force and effect “with respect to such nationals” under the DCO system. The result is that DCO nationals will now be able to apply for a PRRA after 12 months like any other asylum seeker.